Chart of the Week: CPI Heavily Influenced by Energy Prices 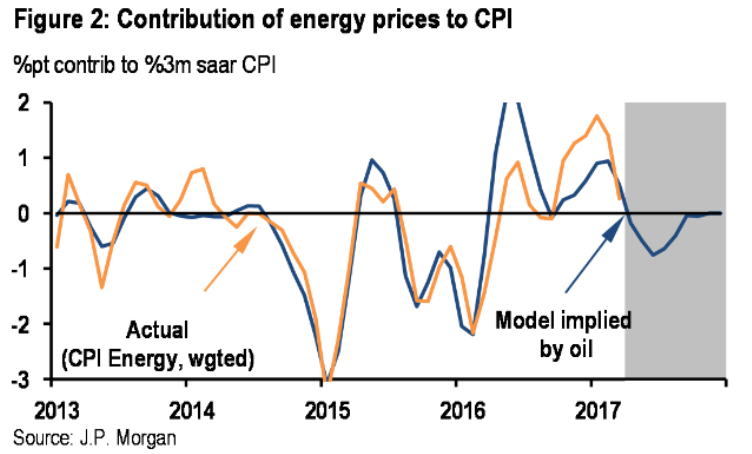 The Consumer Price Index (CPI) rose in late 2016, as energy cost pass-through picked up, contributing significantly to above 3% CPI inflation in the three months through January 2017. J.P. Morgan’s inflation outlook had initially forecast a moderation in energy inflation, based on a stable $54/barrel Brent Crude price for the rest of this year. But in reality, prices have fallen roughly 10% over the past two months, and this decline helps explain the recent slide in inflation to an expected 1.2% in the three months through April.

As Chart 1 illustrates, energy prices will once again have an important influence on 2017 inflation. If Brent Crude oil again falls back to its recent low of $48/barrel, J.P. Morgan’s CPI model points to an inflation rate close to 2%. By contrast, a rebound to $60/barrel would move the CPI inflation rate up to 2.5%.