IRS Workarounds May Not Work -- CNBC

Chart of the Week: Gasoline Prices Near $3/gallon 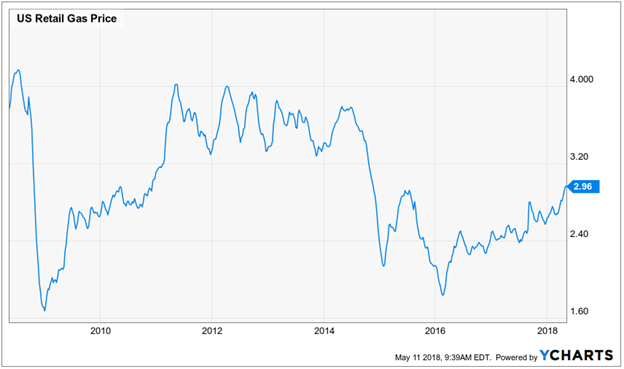 U.S. retail gas prices have risen sharply this year, climbing 12.3% to $2.96/gallon, nearly matching the 16.7% rise in oil prices. Over the past 12 months, retail gas prices have increased by 19.2%. There are several reasons for higher gas prices, including concerns over the USA withdrawing from the Iran Nuclear deal, OPEC supply cuts, and seasonal patterns of oil prices. More pain at the pump is expected this summer as we hit peak driving season.