Perspectives from Above the Noise -- Week of January 8th, 2018

U.S. stocks posted strong gains the first week of the New Year, with all three major domestic indices rising to record-setting highs for three straight days, as Wall Street reveled in economic data that generally supported a continuation of the global growth story into 2018. The S&P 500 climbed to all-time highs on each of the holiday-shorted four-day trading week, registering its largest weekly gain since December 2016. Meanwhile, the Dow Industrials surpassed and closed above the 25,000 milestone for the first time ever on Thursday, ending the week at 25,295.87. Investors largely overlooked Friday’s tepid December payrolls report, speculating that the Republican tax cuts will lead to higher corporate earnings.The nonfarm payrolls report missed economists’ forecasts, but a pick-up in wages eased disappointment. The economy added 148,000 new jobs last month, less than the 190,000 consensus forecast, while wages rose 0.3% and are up 2.5% over the past 12 months. Labor Department officials noted a 20,300 drop in retail positions held job gains back. The unemployment rate held steady at 4.1%, as did the labor force participation rate at 62.7%.

Chart of the Week: Nonfarm Payrolls Rose by 148,000 in December 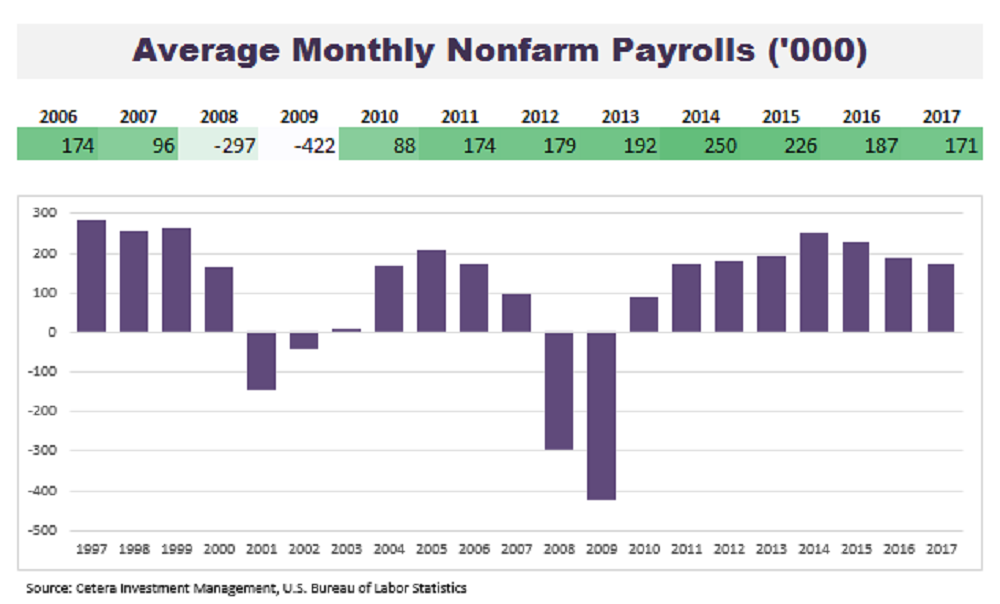 Chart 1 illustrates that U.S. economy added 148,000 new jobs in December, falling short of expectations for an increase of 190,000 nonfarm payrolls. The monthly average for nonfarm payrolls in 2017 was 171,000, which is a solid number and strong enough to reduce the unemployment rate from 4.7% to 4.1% over the last 12 months.

However, 2017 was the weakest year for jobs growth since 2010. Labor market growth may continue to slow this year, despite an expected uptick in economic growth, because the labor market is so tight. The average monthly increase in nonfarm payrolls has declined each of the last three years after reaching a cycle peak of 250,000 in 2014. The biggest beneficiary of tightness in the labor market this year could be employees. The combination of labor market tightness and economic stimulus from tax reform could be the driving force to push wage growth up in a material way this year.