U.S. stocks finished lower on Friday, paring gains for the week as investors turned cautious ahead of Sunday’s French presidential election. Equities ended two weeks of declines and closed Friday above the lows of the day after President Trump revealed he will release a tax reform plan this week. Earlier in the week, Treasury Secretary Steven Mnuchin said that the Trump administration is planning a major tax code overhaul by the end of the year and will avoid a government budget shutdown. Despite continuing geopolitical risks, Wall Street was also pleasantly surprised to learn that China’s economy grew by 6.9% during the first quarter, the fastest pace in six quarters. Investor sentiment also got a boost when the International Monetary Fund (IMF) raised its 2017 global growth outlook from 3.4% to 3.5%. 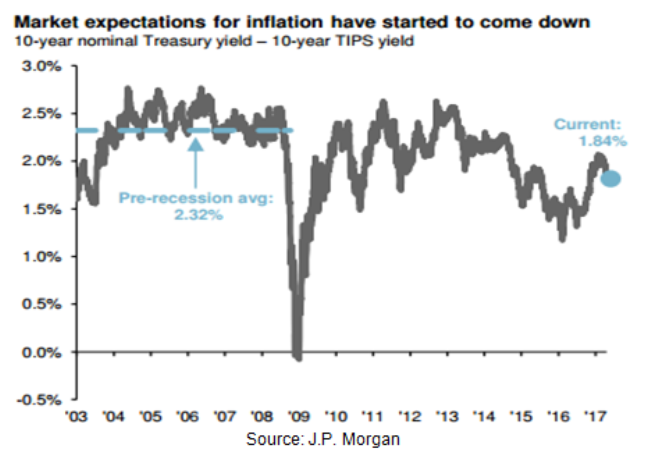